Found this walking around our San Diego neighborhood last month... 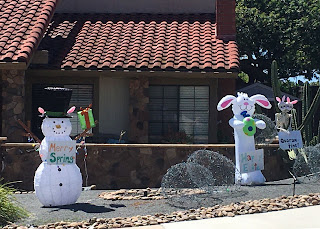 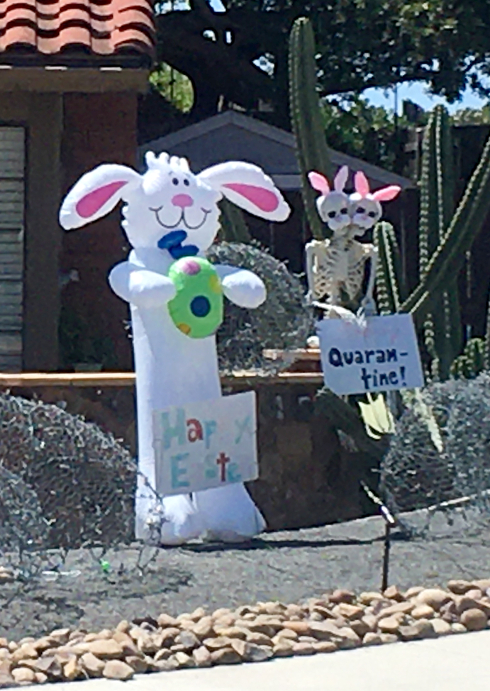 Garden Tip: Use Faux Plants to Protect Real Ones 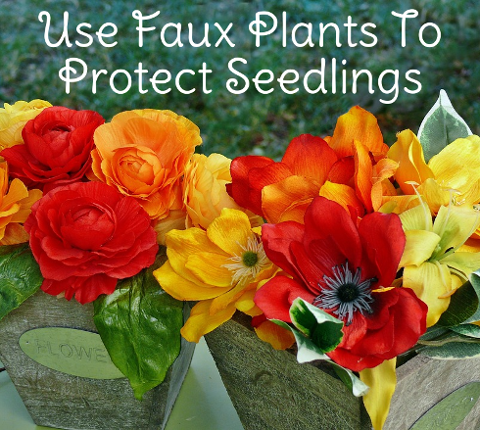 This is an easy garden tip I learned by accident.   I had tried and tried to grow plants from seeds on my back porch when I was living in an apartment, but time and again the hot Texas sun fried the seedlings before they could grow.   So, in frustration one day I just stuck a bunch of fake flowers in the pot, strait down into the soil I had planned for real flowers.

And then, two weeks later, I noticed some new leaves pushing up through the faux plants.   REAL petunia seeds had sprouted under the shade of the fake flowers and were now inching their way past them to the sunlight.

Even when we moved to a house with a real yard, I used this technique.   I'd buy dollar store fake flowers, and stick them in the ground over my rows of carrots, beans, peppers, ect. until the plants were strong and hardy enough to do without the shade.

Yes, you can, also, start seedlings inside and transfer them...but that doesn't work with all types of plants, and it's an extra step you can skip if you use fake flowers or something else to shade them.   And the fake flowers are easy to use and look pretty in the meantime.