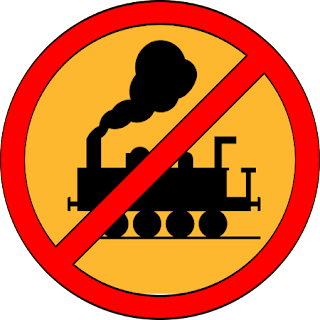 Take Doug Jeffrey's website...one whole paragraph and a link to his facebook page is the whole thing. No mentions of issues...just a bio with this gem to convince us he has experience in the oil industry (which is what Railroad Commissioner regulates...that and gas, but ironically, not railroads):


"Doug has continued his family's tradition of raising cattle and has active investments in the oil and gas industry."

Like, "I invest in oil companies" is the closest thing he has to experience...all grouped in there in a sentence about his cattle experience, like that's just as relevant.  Nice.

Or try this one by John Greytok (who's site overall isn't too bad...at least it has some content, this quote not withstanding)....


"...in 1994, outraged over the arrogance of the Clinton White House, Greytok filed suit against Bill Clinton in a Texas federal district court."


And that was ALL it said about that. So, was the suit about... Clinton's arrogance? I mean really, cause he didn't  say WHY he sued him, other than that. I can just picture that day in the courtroom...as John Greytok stands in front of the court and in a booming voice says, "I file this suit over the egregiously pompous arrogance perpetrated by President Clinton."


Ron Hale does talk about issues a little...but someone please get this man a copy-editor.  He has a whole line of "bullet points" all formatted like this....

Wow, that's new...this is the first Republican I've heard of that wants to regulate conservative principals. Seriously Hale, advice from a former English major...you need a dash or a colon or some bolding or something in there. Really, pay some college student $20 to edit your site...it's worth it).*

*Yeah, yeah, I know I'm going to be creamed for that cause I probably have a few errors in this myself. Granted, I'm not expecting anyone to vote for me though.

So, who did I decide on?  Someone who doesn't have a website at all (at least not one I can find)...which usually would be a pretty swift knock against him, but nearly every article on the race I could find seemed to be endorsing him, and their reasoning seemed sound.  The Dallas News, The Eagle, Corpus Christy Caller Times and Waco Tribune all endorse the geologist and current commission employee Lance Christian (not to be confused with Wayne Christian, also running, who seemed to get some pretty hearty UN-endorsements).   The Texas Tribune also had a very detailed and mostly positive article about Lance, though it wasn't an official endorsement.  And the Houston Chronicle suggests a vote for EITHER Lance Christian OR John Greytok.

Below are some quotes from those endorsements...

Of all the candidates, Lance Christian not only is the most knowledgeable about the commission, but wants to use that knowledge to help industry thrive responsibly. He's a geologist working for the commission — not just a geologist but one versed in hydrology. His science background and his knowledge of the inner workings of the agency would be uncommon assets to the commission. He knows better than the others which rules work and which don't.-Corpus Christy Caller Times

Unlike many of the politicians in this race, he keeps a focus on the straight and narrow duties of the commission: preserving the safety of Texans and our environment, and fostering the oil and gas industry. But maybe he doesn't go for the political pot-shots because Christian can actually talk about the policy and science that consumes most of the day-to-day duties of the commission.
- Houston Chronicle

[Lance Christian is] likely to bring a measured, reasoned voice to difficult discussions about energy and environmental concerns. For example, Christian cited a need to review regulations to help the embattled oil and gas industry, including revamping a bond structure to allow small operators greater financial flexibility in plugging dormant wells. He also said the commission needs to carefully address harmful environmental emissions without hurting a struggling industry. This is a reasonable, balanced approach.
- Dallas News

For the record, the only candidate who stood out of the Texas Railroad Commission wannabes assembled...was Lance Christian, a low-key, 44-year-old geologist who works for the commission. He talked about things like horizontal drilling, injection wells and protecting groundwater. In short, he knew what he was talking about and didn’t feel the need to proclaim himself pro-Israel or pro-gun.
- Waco Tribune

Greytok has legal expertise. With a law degree from the University of Texas at Austin School of Law, Greytok has served as a Special Assistant Attorney General for the state of Texas and as a briefing attorney to the chief justice of the Third Court of Appeals in Austin. He understands the legal aspects of the commission's rulemaking and is also endorsed by former Land Commissioner Jerry Patterson.
- Houston Chronical


Anyways, also along the way I found some seemingly non-biased sources for info.  This article lists quotes from a candidate forum (which unfortunately I couldn't find the full transcript for.).   While the Dallas Morning News itself isn't un-biased, their voter's guide seems to consist of verbatim answers to questions from the candidates, so offers a good overview without their own slant to it.     There was also a Q&A session I found, but  Lance Christian wasn't included (he came into the race late, so maybe that's why).