There were 6 lovely caterpillars on my dill plant. 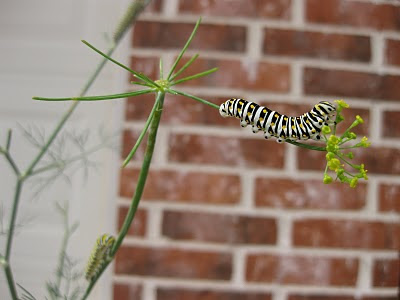 This was the lone dill that survived all winter...but honestly
I don't mind them munching on it.  It had already flowered,
so it was a little late to use the leaves anyways. 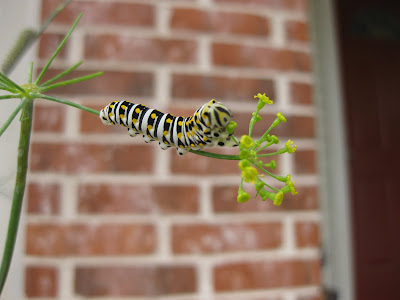 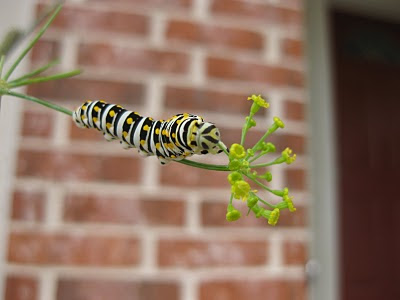 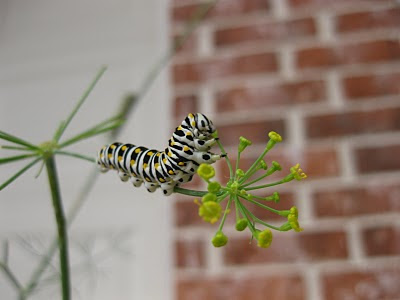 When we first found them they were tiny and fuzzy
...just slightly bigger than a dill flower.
But they grew! 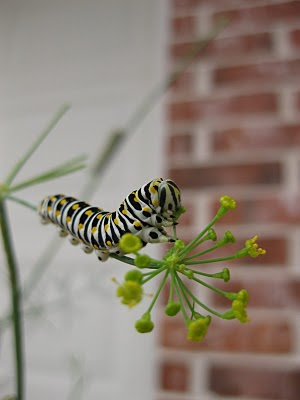 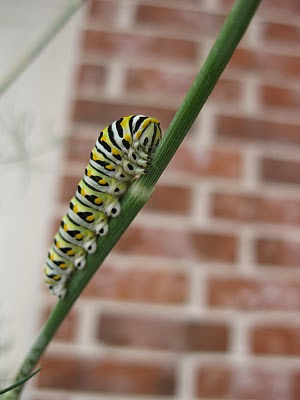 My kids have loved watching them. 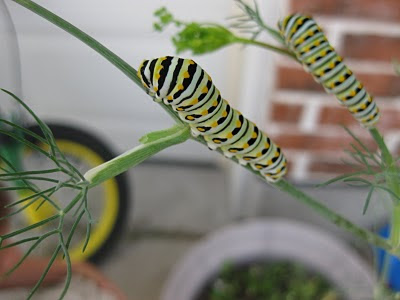 If you tickle their back with a blade of grass these slimy orange antenna come out
of their heads and they will bend back and try to hit you with them... 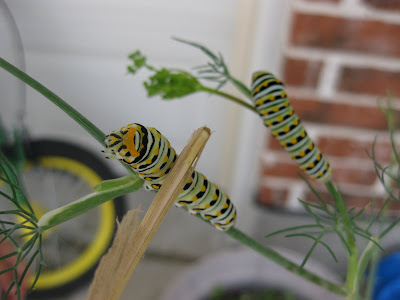 You can see those orange antenna a little bit in the picture above.  It gets longer and comes out further than that but this was the best picture I got of it.  I originally thought it might be poisonous (couldn't think of another reason it would it do that) but I found out it's actually a gland that releases a foul smell to repel predators.

Unfortunately, some neighborhood boys came by and smooshed all but two of our caterpillars .  :-(  But, still hoping to see the last two turn into cocoons and then butterflies.  I just found out they'll turn into Black Swallowtail Butterflies!  (Thanks Laura P. from Lavendar, Literature and Lace). 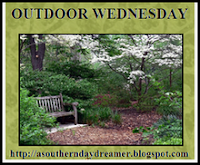 Outdoor Wednesday is hosted by A Southern Dreamer